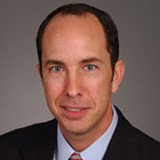 John W. Dennehy's practice areas include Business Litigation, Civil Litigation, Design & Construction Law, Corporate Law, Employment Law, and Insurance Law. He serves as Managing Partner of the firm. Previously, he was a Litigation Partner at Donovan Hatem LLP in Boston where he led the firm’s New Hampshire Practice, and served as a Senior member of the General Trial and Professional Practice Groups, and as Chair of the Professional Practices Development Committee. He was also counsel at Devine, Millimet & Branch in Manchester, and he served in the United States Marine Corps, earning several Department of the Navy commendations. In addition to being a trial attorney, he is also a certified Chartered Property & Casualty Underwriter.

He frequently appears in state and federal courts in New Hampshire and Massachusetts and has obtained successful results as solo and first chair counsel in bench and jury trials in District and Superior Courts. John has successfully handled numerous significant cases through conclusion at trial, as well as administrative hearings and arbitrations. He frequently represents clients in complex matters at mediation, and speaks at seminars.

• United States District Court for the District of New Hampshire

• United States District Court for the District of Massachusetts

• Lead counsel in multi-million dollar construction dispute related to a custom home on coastal New Hampshire. Obtained dismissal of architectural firm through a motion to dismiss based upon Statute of Repose defense, which was upheld by the New Hampshire Supreme Court. Lamprey v. Britton Constr., Inc. et. al., N.H. Supreme Ct. No.: 2010-800.

• Senior counsel in litigation involving serious injuries from a stairway collapse after design and reconstruction to a commercial building. Successfully dismissed architectural and engineering firms through a motion for summary judgment in New Hampshire Superior Court based upon insufficient expert disclosures.

• Achieved defense verdict in slip and fall personal injury matter for a New Hampshire college in jury trial by demonstrating the school’s procedures were reasonable, and by attacking plaintiff’s credibility on cross examination.

• Secured defense verdict for trucking company in jury trial by utilizing scene photographs and property damage to prove plaintiff caused the accident. The case involved an auto wreck between a tractor trailer and small car where ongoing back injuries were claimed.

• Obtained defense verdict for shopping center in jury trial by demonstrating that its snow removal services were reasonable. This matter involved a slip and fall on ice and allegations that the gutter system on the property was defective.

• Represented a New Hampshire city in Superior Court bench trial in a dispute over land use regulations where the amount in controversy was over $800,000, resulting in defense verdict for the city through impeachment on cross examination of plaintiff’s witnesses.

• Obtained directed verdict for one defendant and defense verdict for another in jury trial of personal injuries from an automobile accident by demonstrating through scene photographs and cross examination that the plaintiff’s actions caused the accident.

• Lead counsel in representation of a Self-Directed IRA firm in arbitration on the West Coast. The matter resulted in a resolution where the client secured its accounts worth over 100 million dollars. This dispute concerned a franchisor and francisee relationship, involving breach of commercial contracts, trade secret violations, and trademark violations.

• Successfully represented engineering firm at arbitration based upon contractual limitation of liability defense in a matter involving alleged errors and omissions relative to the engineering survey for a commercial shopping center.

• Achieved dismissal of engineering firm in New Hampshire Superior Court through motion to dismiss based upon obligations limited to its contract. The matter involved alleged water runoff damages to the abutter of a commercial project.

Mindy Chase has been supporting complex legal cases for almost a decade. She has been involved with drafting pleadings, preparing exhibits, and trial preparation work. Her services have helped drive finely tuned written documents. In addition, she routinely communicates with attorneys, prosecutors, clients, and courts, all of which have reported upon her professionalism. Previously, she held administrative positions for Levolor Blinds, Capital One, and Harleysville Worcester Insurance Company.

Dennehy Law routinely utilizes highly capable attorneys on a contract basis in order to ensure client needs are met on all matters. Our affiliated lawyers are highly qualified and have attended the top colleges, universities, and law schools in the nation. They have been recognized by their peers for professionalism and successful results in complicated legal matters.